Sharing my blog with the world

Greetings and salutations! If you are an animal lover you should stick with me! My name is Veronica and my favorite type of animal is a dog. I love how dogs have good energy and are fun to be around. Some dogs love to swim! Here is Mrs. Yollis’ dog Buck swimming in the Yakima River!

I have taken my dog to obedience school. It was where the dogs got to meet other dogs and learn simple tricks. For example, a trick they learned was “sit”. It is a very simple trick to learn. Training pets can be hard but with the help of a trainer, you can get your dog to look great and make people say, “Wow! Look at that trained dog! I wish my dog was that trained”

You can also bring your dog to Doggy Day Care. Doggy Day Care is where you send your pup to learn tricks and have fun! There can be large or small dogs there. Some dogs bark a lot, but some dogs are very quiet! My dog Olaf is car sick, so he has a hard time getting to school. However, he does love the dogs when he gets there. One of the tricks he learned was “Roll over.” He also learned “lay down.”

You will know there are do’s and don’ts. Sometimes you have to do things you don’t want to do. I’m sure your parents have told you, “It takes a lot of responsibility to have a pet.” One of the worst things to do is clean up after them. (You know what I mean.)

It took me a long time to prove to my parents that I could be responsible. Finally, I  got a great Pyrenees and I named him Olaf. He is now full grown and weighs 115 pounds! I also have a fish named King. He is a betta fish. You can see my pets here. I feed King six pellets a day. They are very small pellets, so I have to be careful while counting.

What type of pets do you have?

Have you ever sent your dog to Doggy

Brr! It is sure cold in New York City in the winter. It is also very beautiful. There are many places to explore. I have been to New York before there are so many sights and big rocks to climb.

When I was in New York I got to see snow for the first time. I noticed that it was very cold, some even got in my face! Having new york pizza was the most delish pizza I ever had! Instead of having thick crust it was thin crust that is one of the things New York is famous for. People also call New York the Big Apple. When my grandparents got me a New York shirt I was confused because there was a big apple on the front. Then they explained why they got me a red New York apple shirt.

Above is a picture of Central Park in the morning. The picture underneath is Central Park at night. We got a hotel room with a view of Central Park. As you can see in the top picture there is a lot of trees and are very colorful can you tell what colors there are? You can also see there is a pond when I would walk near that lake I would see ducks swimming gracefully. Another thing I can see is tall buildings called skyscrapers on the side of the picture.

In the second picture, you can see glowing light from the buildings. The lights are also coming from cars passing by. In New York, there are many sounds you can hear.  For example, honking from cars and taxis. You can also see that all the trees have disappeared. That is because of the light when there is no sun the trees blend in with the night sky.

People who live in the city have really small apartments. My mom’s friend has an apartment and she said it is the smallest thing ever! You could barely have 20 people in there.

We ate at a very good restaurant called Black Tap. They have crazy magnificent milkshakes with candy, peanut butter, chocolate, and even gummies on it. It looked so amazing. They also have lots of food like cheeseburgers, chips, fries and more!

Have you ever been to New York City?

If so, what did you do there?

What a beautiful site! Did you know that the Liberty Bell is mostly made out of tin and copper? Liberty Bell has a little bit of gold in it.

Have you ever been to the Liberty Bell?

If you have not been would you want to go?

It is spring!  If you are in the southern hemisphere you might think I’m weird, but here where I live we are getting into spring! The weather is usually warmer. Days are longer and the sun is out longer. You might know the saying “April shower bring May flowers”. It is a common saying around spring. There can also be very big storms like tornados in some parts of the United States in spring!

Animals are born and migrate to warmer places. Eggs hatch and babies learn how to hunt. Animals also wake up from hibernation and go hunting for food to eat. Some animals eat grass, flowers, and leaves.

Some people go on picnics at the park. They also like to plant flowers, fruit, and vegetables in their gardens. There is also something called Arbor Day, it is when you plant trees to help the community. We also celebrate Earth Day and plant flowers in spring.

Did you know that it takes the sun one year to orbit around the earth? When the sun orbits, the season’s change and that is how we get seasons. There is something called the equator and it is an imaginary line around the earth.

Plants grow, seeds sprout and the snow melts or thaws. Trees grow and leaves turn into flowers. Seeds sprout into beautiful flowers or plants. There is also more food for animals to eat. Happy spring!

What is your favorite season?

If so, what kind of animal?

Meet my dog Olaf, he is a great Pyrenees, and he is one year old. He is an active dog and is all white. Olaf is a very big dog and is 110 pounds. He loves to play fetch and eats a lot of sticks. He is so big he almost takes up half of the bed! Olaf is also very strong if I’m playing tug-of-war, and he usually wins!

I also have a fish named King, and he is a beta fish. He has a big tank to himself. He also has some water trees with some blue and green jewels. If you can see behind King’s fish tank, there is an octopus picture. Since King is blue and black, we put pink, blue, and purple trees because it looks great with King’s colors.

What kind of pets do you have? Tell me about it/them?

If you don’t have a pet, what kind of animal would you like?

Today we had fun in class creating an avatar. I am part of the Edublog’s Student Blogging Challenge, and I am excited to complete my first task!

Meet my avatar named Veronica. My hair color is blond for my avatar because it matches my real hair. I picked a grey dress because I like to be to be casual. I like the background because I like playing sports outside! My characters favorite color is yellow because it reminds her of happiness. Next to me is a dog because I have a dog in real life! I will be posting about my pet in the future! 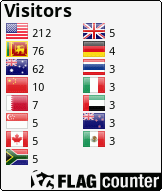